St Paul's exists as a distinct community because it has Christ as its foundation. His teaching and example are the basis for our daily life, relationships and future hopes.

Christ gave us the ultimate example of service when he washed his disciples' feet at the Last Supper. The Leadership of the school and the management of students and staff in terms of relationships, welfare and development should reflect its Christian nature. We can teach this through the example of our school motto: Achieving Excellence, Learning to Serve.

The twin themes of love of God and love of neighbour should guide every member of the community. We are a spiritual, not just a religious, community and we show our love of God through our relationship with him. Respect, concern and care shown by all, to all demonstrate that we live out these core values.

St Paul's provides a setting where the faith of pupils and staff develops and matures. Our prayer and liturgy enables pupils and staff to develop a greater knowledge of and closer relationship with God. Daily life in our community help us develop our consciences and moral judgement. We reflect on the wondrous gifts that God has given and do all we can to ensure that each member of the community is able to use these to fulfil their potential.

One of the early Church Fathers said: "The glory of God is each person fully alive." The curriculum at St Paul's encourages excellence and achievement through the breadth of opportunity available, the quality of teaching and learning in the classroom and the motivation that comes from good relationships between staff and pupils. Each pupil is equally important and this is reflected in the curriculum where all pupils are encouraged to achieve their potential, and have their achievements recognised and praised.

All members of St Paul's are encouraged to fulfill their ministry and use their talents to the full so that they can bring Christ to each other and to the wider community of the school.

A Community from which Christ is taken to others​​​

St Paul's cannot be a community in isolation. Its members must go out to play their full role in the local church and bring their distinctive influence to bear on the wider community. We are committed to instilling the core British values of Democracy, the rule of law, individual liberty, mutual respect, and tolerance of those of different faiths and beliefs, as lived out in our Christian faith.

All pupils at St Paul's are helped and prepared for the roles they can play in the community outside the school. They are helped to develop the qualities of personal responsibility and commitment as well as the knowledge and skills which will equip them for later life.

We are a forward-looking community who prepares pupils now for the changes and challenges that the wider world will present in all areas of their adult lives. They will be better able to bring Christ into all aspects of their lives and influence others by their example.

We have a Lay Chaplain who runs our liturgies, masses, retreats and is involved in every aspect of the spiritual life of the school.  She has strong links with the Religious Education Department.  The Chapel has recently been totally refurbished and is a wonderful place of prayer and reflection, in the presence of the blessed sacrament.  The Chaplain also has an office just beside the chapel.

A prayer garden is currently under development and a group of Year 7s is actively taking part in the digging, weeding, planting and building of all that is needed.  The Stations of the Cross are visible around the school gardens and are used as a teaching aid but also for all KS3 classes to use as prayer aids for the Stations during Lent.

Masses, liturgies, retreats, assemblies and tutor prayer all provide opportunities for the pupils and staff to engage in the prayer life of the school.  The Chaplain regularly attends the Upper Thames Deanery meetings and in particularly works alongside the local parish team at St Ignatius of Loyola RC Church. The Chaplaincy Team is active throughout the liturgical year participating in assemblies, liturgies and Masses and also serve the local community through collecting and distributing food at a local food bank in Sunbury.  The Chaplaincy continues to promote Gospel values by using outside agencies to provide drama, discussions and debate based on Catholic Life alongside the Religious Education Department.

The original house at the end of the Ridings in Green Street was built during the brief reign of William IV, at some point before 1865. It is a Grade 2 listed building. It has a Doric portico and was sometimes called the Manor House, being described as such in a map of 1865. In 1898, it was the home of William Anthony Mitchinson, the Lord of the Manor, who planted the avenue of fine chestnut trees, which is a feature of The Avenue today.

The Sisters of Charity of St Paul's purchased the house, also called 'Sunbury Manor' in 1926 and thus St. Teresa's Convent School was formed.

Cardinal Godfrey school moved from its first home in Park Road, Ashford - today the site of Echelford school - to Manor Lane, Sunbury, in October 1975. It is known in the school as 'South Site'.

During the summer term of 1987, it was decided to amalgamate the boys' school and girls' school into one unified school. In September 1988, St Paul's Catholic School was formed. The name of the school was to honour the Religious Order that first established Catholic secondary education in this area; the Sisters of Charity of St Paul's. Students from both schools were invited to enter a competition to design the school badge and tie. The winners were Carla James and Michael Brown.

Edmund Kaye, was appointed as the first Headteacher of St Paul's, a role he fulfilled until July 2006 when Simon Uttley took on this important role up until 2011. Ceri Bacon was appointed in September 2011 and left in December 2015.​ James Mc Nulty is currently serving as Headteacher.

We pray that we follow the teaching of St Paul:

may we always speak the truth;
share with others;​​
use good words to encourage others;
be understanding and forgiving.
Grant us the strength to meet this challenge.
Amen. 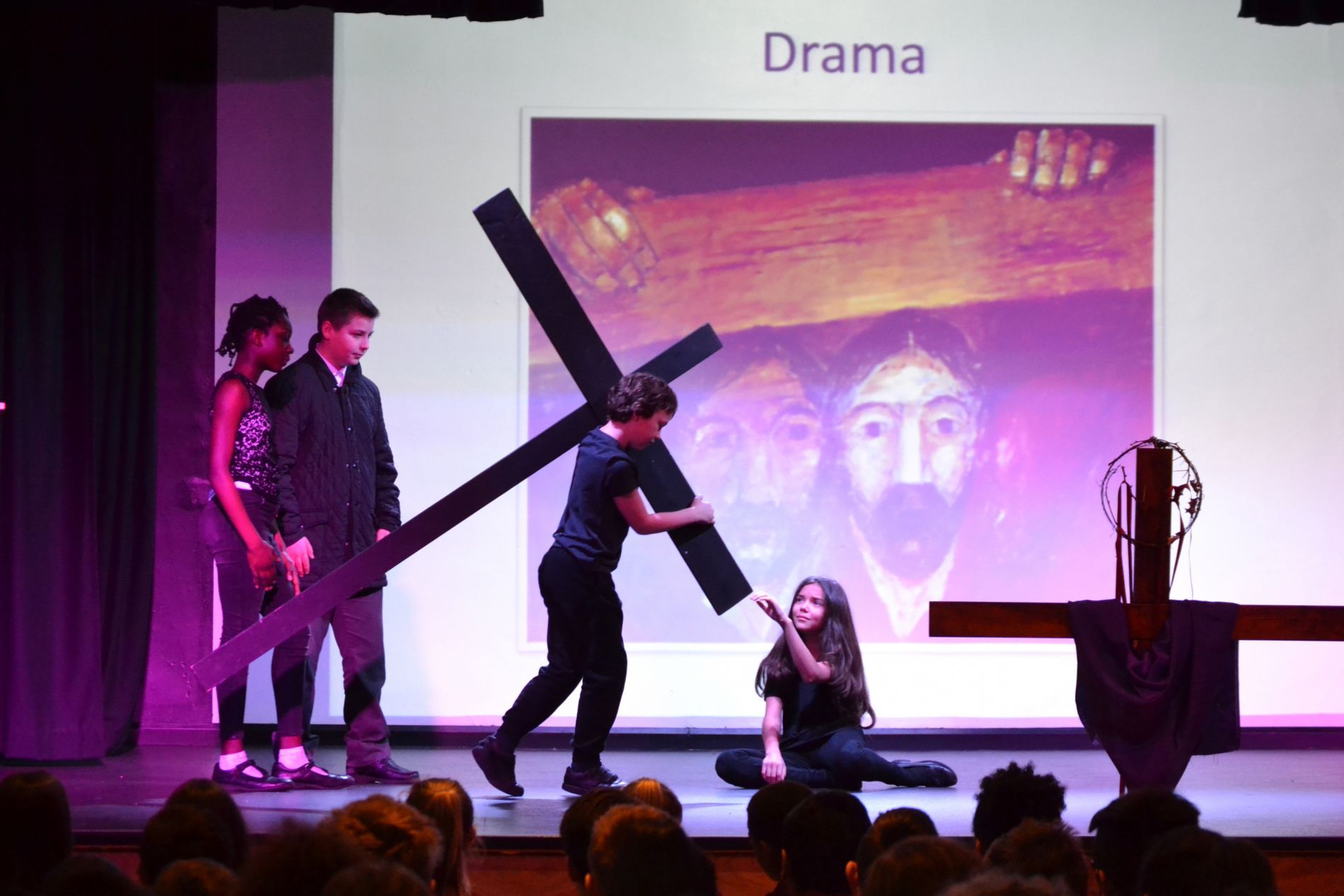 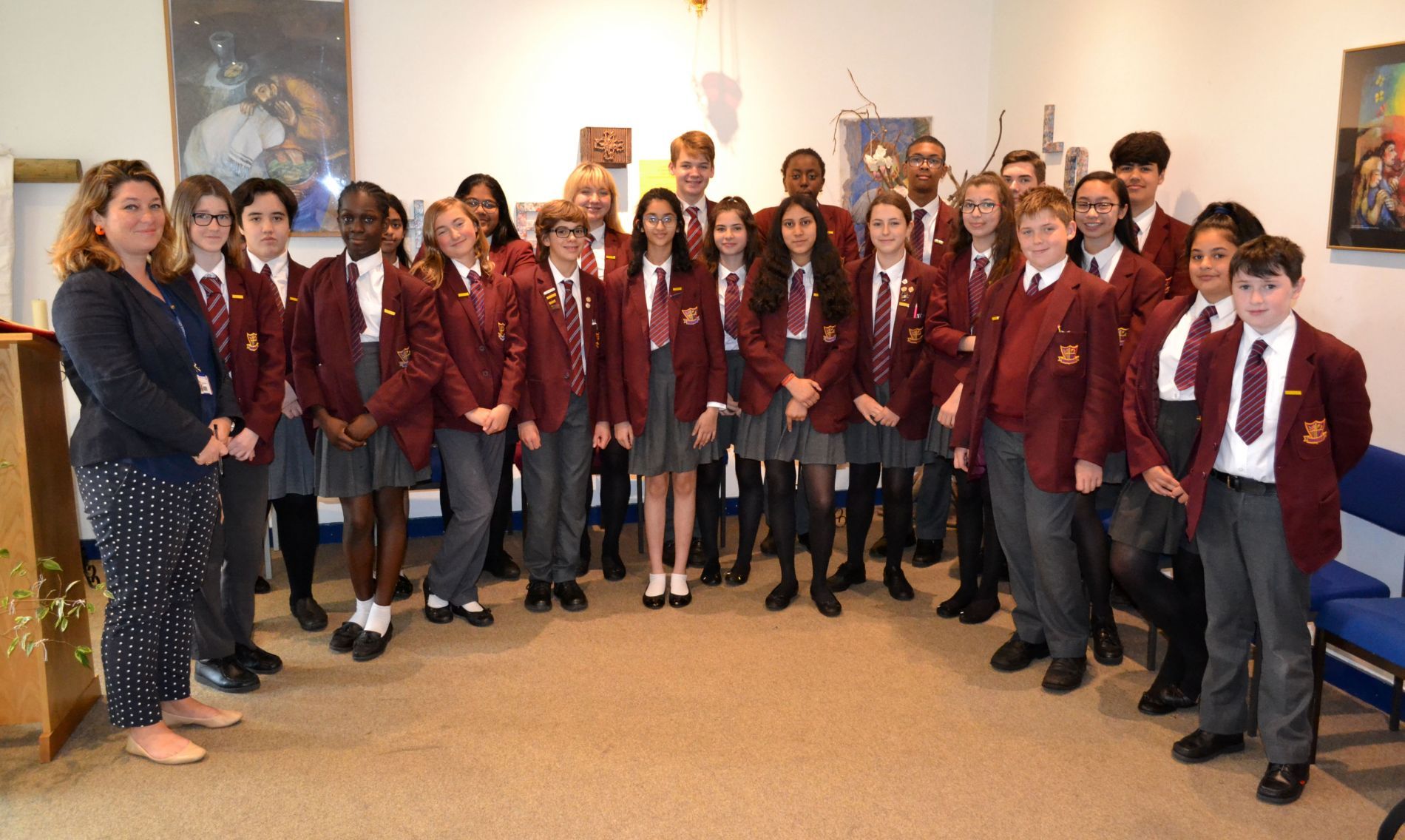 The 'S' stands for Saint, the 'P' stands for Paul. The open book and quill symbolise the significant contribution St Paul made to the New Testament. Thirteen epistles (letters) are attributed to St Paul. The sword represents both St Paul's eloquence in preaching the Word of God, and the manner of his martyrdom (he was beheaded in Rome).

Most statues and icons of St Paul show him holding a sword and holding a book (Bible).​

Choose from our digital prospectus to view or download.